This site is currently unavailable.

Many people believe that race cars are the pinnacle of automobiles. Car connoisseurs often view the ability to travel at excessively fast speeds as a testament to the overall superior mechanics of these vehicles. The following are five legendary race cars that revolutionized auto racing and stand out in automobile history. 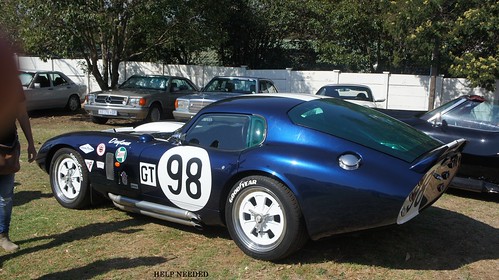 American automotive entrepreneur Carroll Shelby and his team created the Shelby Daytona Coupe in 1964, using World War II aeronautics research. The car was created to beat Italian designer Enzo Ferrari, which it did. Shelby worked with designer Peter Brock, with the goal of designing an innovative race car based on a previous race car he had developed, the AC Cobra Roadster. Able to travel over 180 mph with ease, the Shelby Daytona Coupe was smaller and more ergonomically sound than the roadster.

Only six of the highly exclusive Shelby Daytona Coupes were made. These cars went on to secure over 10 wins in just a year's time, and Shelby became the first American constructor to win an international title at the FIA World Sportscar Championship.

The Maserati 250F was a gorgeous vehicle that raised the bar for race car aesthetics in the 1950s, but it was known for more than its good looks. Built by Gioacchino Colombo, Vittorio Bellentani, and Alberto Massimino, the Maserati 250F was multi-tubular, included a standard wishbone independent front suspension, and contained a transmission with four forward gears as well as a reverse gear. It won its first legitimate race in the hands of racer Juan Fangio.

The Porsche 917 was a unique vehicle that became successful in two types of racing, but it was originally designed for endurance racing. After achieving success with victories in the storied LeMans race in 1970 and 1971, the Porsche 917 became obsolete in endurance racing in 1972, due to changes in the rules of the game. The creators focused their attention on the Can-Am racing series, rather than retiring the car altogether. However, after winning the 1972 championship and dominating the 1973 season, the Porsche 917 once again became obsolete in 1973, due to another series of rule changes.

The Mazda 787B was the only Japanese car to ever secure an overall victory in the 24 hour Le Mans. The Mazda 787B was designed to meet the Group C racing car technical regulations and included the newest engine design, the R26B. The lightweight vehicle, which weighed just 830 kilograms (1,830 pounds), was not only beautiful but also helped bring the Mazda brand into racing fame.

You can find plenty of legendary race cars to learn more about. These five incredible cars are among those that deserve to go down in the history of amazing race cars.